Following the unmitigated success of Garw (2015) and Yfory (2017) we have commissioned the award-winning playwright, Siôn Eirian, to write the third of his political plays for the company. Fienna will deal with the themes of race, frontiers, and how people and countries protect and thrust their identity on others.

“How has Europe dealt with ‘foreigners’? The central theme being bargaining through using status and sexuality. These are the basic instincts of the human animal. Belonging, power and sexuality.” 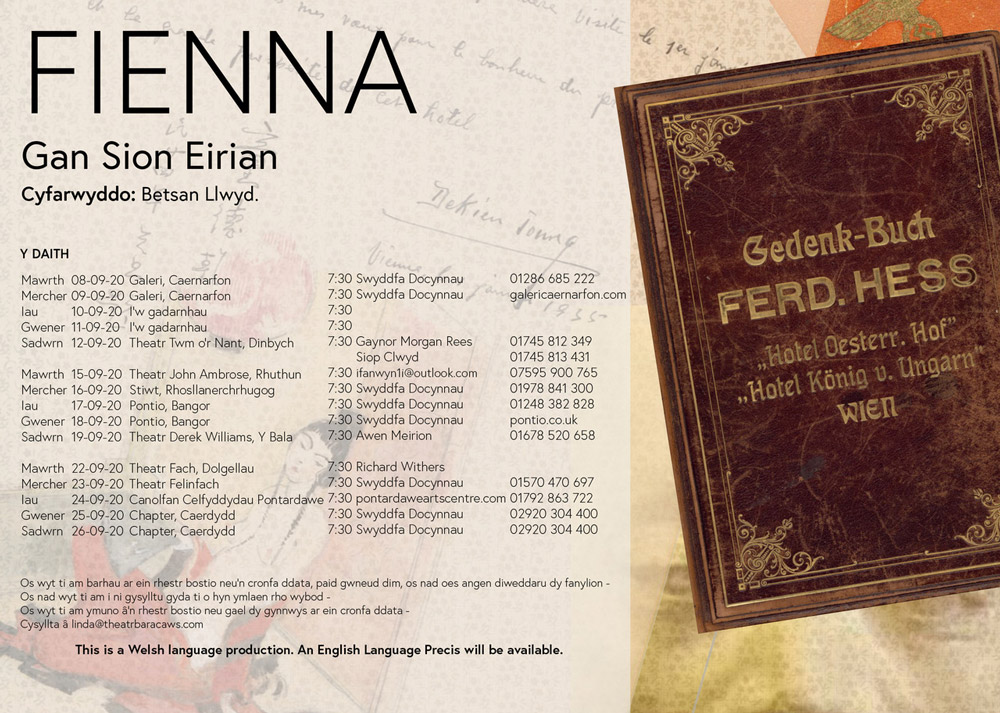