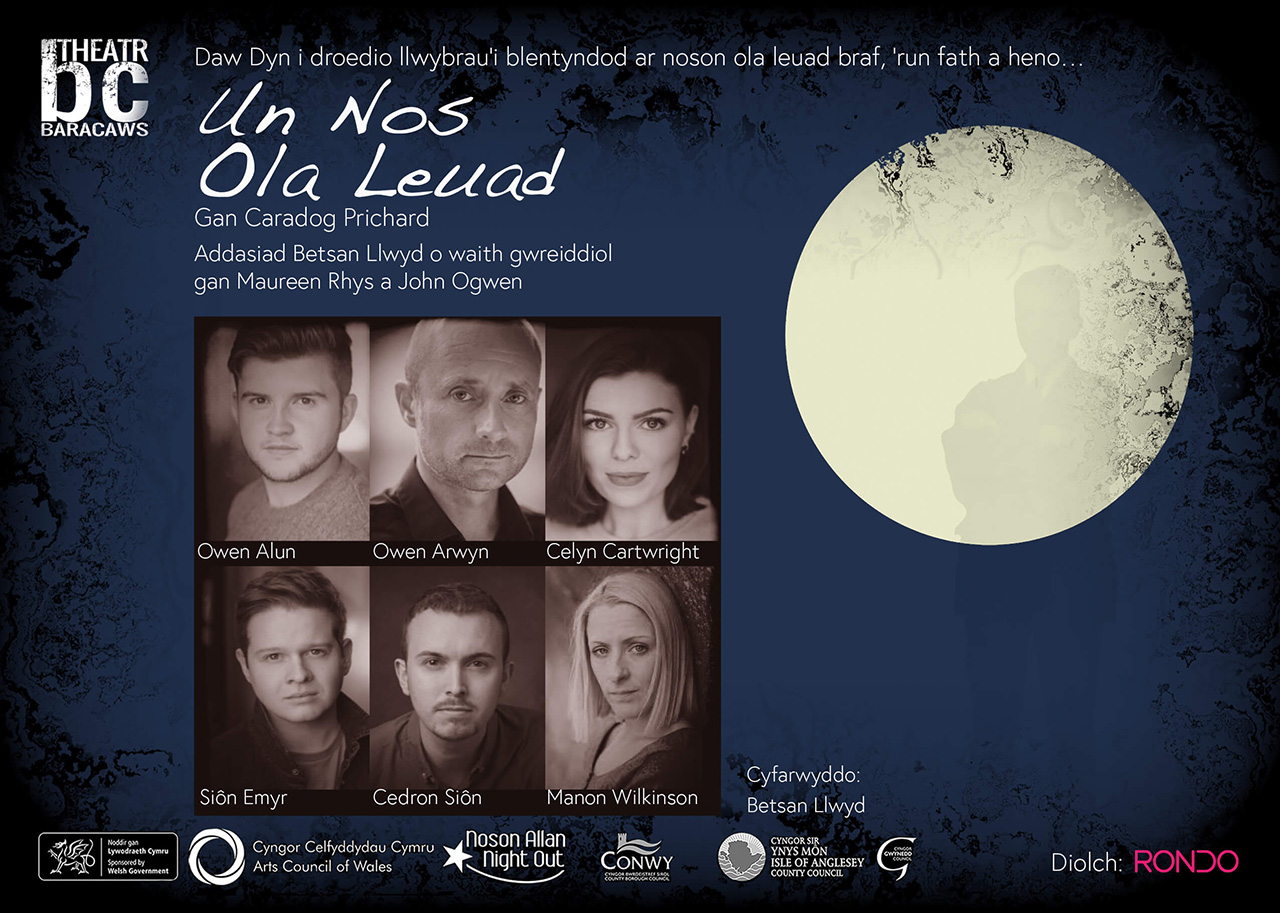 Since it was first published in 1961 Un Nos Ola Leuad has captured the imagination of generations of readers and remains one of the most popular Welsh novels of all time.

Bara Caws first toured this stage adaptation in 2011 and are delighted to be doing so again this year. Betsan Llwyd is responsible for the script, based on an original piece by Maureen Rhys and John Ogwen. This version is currently on the WJEC Drama ‘A’ level curriculum. 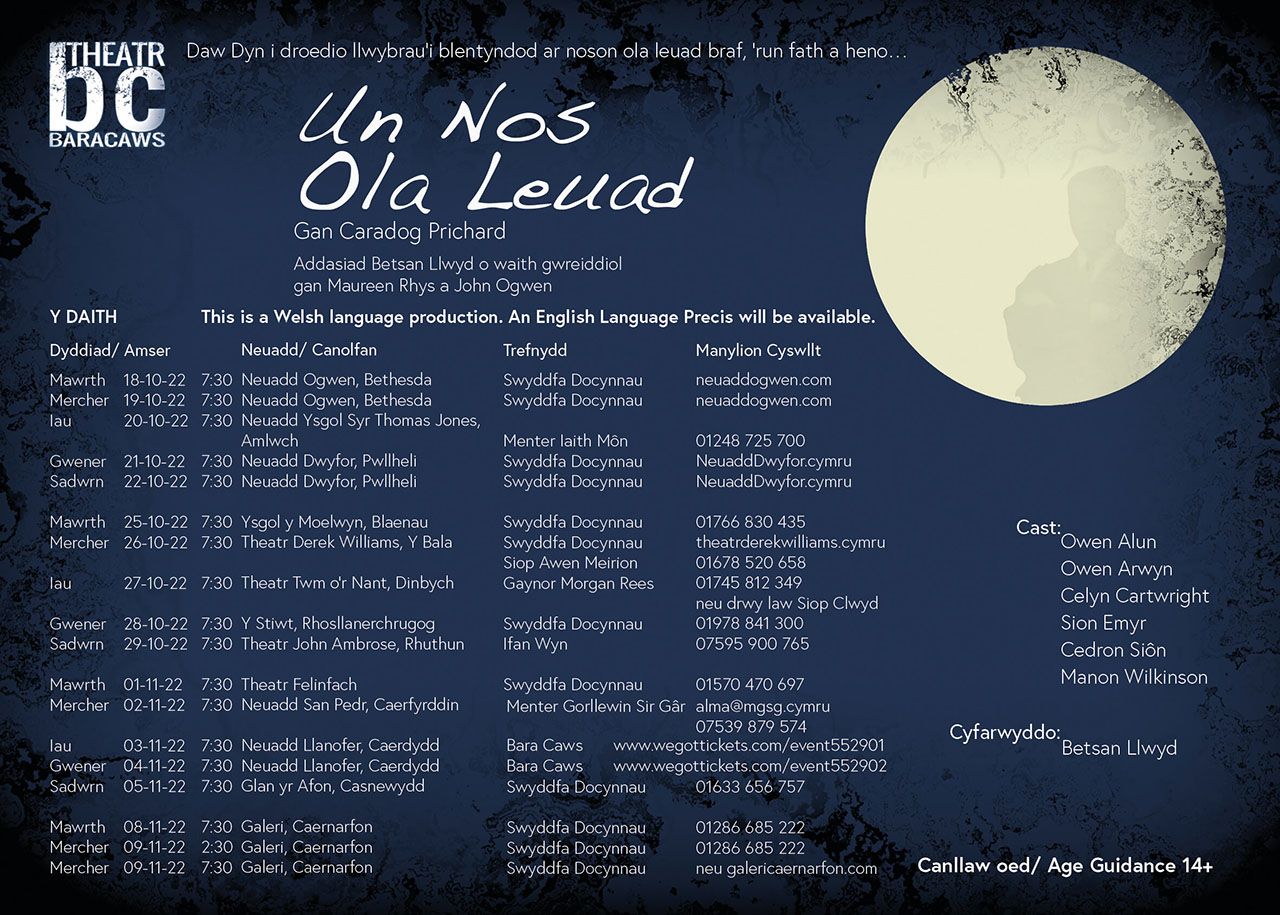